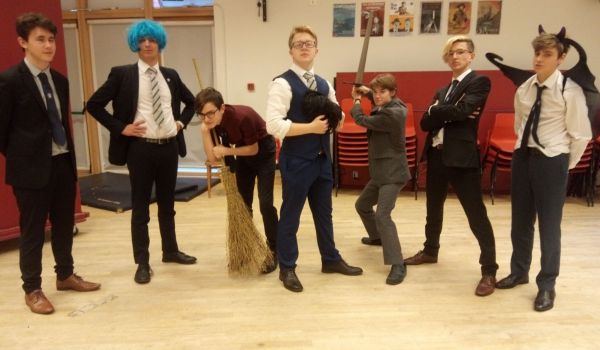 PREPARATIONS for the Bishop Wordsworth School Play 2019 have begun. About 20 students from years 11 to 13 at Bishops are involved in the production of William Shakespeare’s Long Lost First Play. The students, who are taking roles as actors, technicians and directors or producers have been joined by a number of the female sixth form colleagues from South Wilts Grammar School.

The two-hour play is famous not only for its playwright, but for being described as “the pinnacle of Shakespeare’s plays”. It describes the events of three men finding a manuscript in a parking lot, next to the bones of Richard the First. The manuscript turns out to have been written by 17-year-old William Shakespeare and consists of quotes and characters from all of Shakespeare’s plays.

The crew members have been meeting on Tuesdays and Thursdays after school and on Saturdays during the day for the past few weeks, so it has been quite a toll for them. One Bishops sixth form student, the co-director of the play said “I got involved with the production because I would like to get into film making as I think it’s great to have an idea and make it real.”

The play is being directed by the drama teacher at Bishops, Mrs Gordon, who said, “I like to see the students working together creatively as a team and how the play develops over time and how I’m inspired as the director by their ideas is wonderful!”

If you are interested in watching the performance, which will be performed at the Studio Theatre in Salisbury from the 6th to the 8th of November at 7.30pm, tickets are on sale for online prices of £12 and £6.