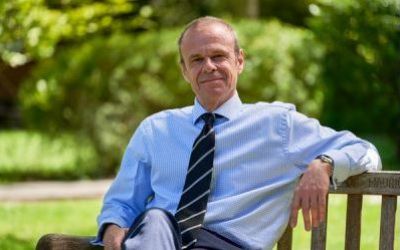 Apparently there is now such a thing as a non-fungible token or NFT. I had absolutely no idea that such a thing existed, nor what it actually is, until I came across a story on the BBC website about the ‘Bored Ape Yacht Club’. This, unsurprisingly given its title is a digital contrivance – a sort of daft members’ club in cyber space where people can waste money achieving very little and damage the environment to boot. Not something, you may well surmise, to form the focus for an end of term message. Of course you’d be wrong…!

Lessons from the fells

We are inexorably creeping towards Christmas. Nativity plays, Christmas cards and exquisitely carved wooden figures depict all manner of animals around the infant Christ’s manger. Sheep are a staple feature in the stable.

Now that the door to December has finally opened it really does feel like we are reaching the end of the year. I spent this last weekend wrestling with various tangled decorations, renewing batteries in sets of lights and rediscovering Christmas materials after a 12 month intermission, including a house move! I am hopeful that the last two weeks of term will be uneventful and relatively isolated from pandemic-related nonsense; it would be most encouraging to be able to concentrate on educational stuff and all of the extra-curricular excitement which has rematerialized now that the infection rates have fallen. Christmas is usually a time where life in school is exciting for all of the right reasons. Let’s hope that 2021 lives up to the festive billing.

…so said Edward Hopper, one of my favourite painters of the last century. I think that you can get the true meaning of what he said by having a look at the rather wonderful giant mural that is emerging in Salisbury City Centre over these last couple of weeks of November. A rural landscape is evolving before the eyes of the shoppers, taxi drivers and market traders in a place which was simply sterile before; an unpromising and immense stretch of chip board hoarding is being transformed into a thing of beauty.

We will be marking this national week in school with a range of activities, trying to highlight the problems of bullying that surface from time to time in every school, and of course the things that can make bullying a thing of the past. It’s really difficult given the climate outside school, whether that’s in public discourse, in the media or in cyber space. In a society that relies more and more on electronic communication, the capacity and opportunity for face to face contact all too often falls by the wayside to the detriment of relationships.

An outrage in Leigh-on-Sea

Everyone’s heart goes out to the family of David Amess, Member of Parliament for Leigh-on-Sea, whose tragic death was reported at the end of last week. There is invariably an outpouring of public grief when such an event happens – but in this case the victim was clearly a lovely man, respected by his constituents and liked across the House of Commons whatever party affiliation his colleagues may have. He was a kind man, a listening ear, quite a character and a public servant of long and impeccable record. His murder was an outrage that affects us all, young or old, wherever we live and whatever club we may belong to.

October is Black History Month – first introduced in the States back in the 1960’s to raise awareness of social issues, there is now a global movement to publicise the contribution of black people. Philosophically, culturally, educationally and geographically, the issues that confront non-whites in Britain today are dealt with on the BHM website through looking at case studies. People who have made remarkable contributions in British society are highlighted, and there is plenty of political discussion examining whether things are getting better or not.

Before I launch into my brief address can I welcome our guest speaker, Darryl Cherrett – thanks for taking the time away from the High Court to be here today. There are a number of aspiring lawyers in the audience today I am sure – so if you were able to be around for a few minutes after we are done to talk to them then that would be great. If you are aiming for the spotlight in the courtroom then head Darryl’s way…