Followers of the @BWordsworths twitter feed will have noticed that Thursdays are now marked by the posting of a picture from the BWS archive of photos. Last Thursday, for example there were a series of pictures from the mid-late ‘60s showing temporary classrooms being craned in over the Exeter Street wall and put in place in what was then euphemistically called the ‘Paddock’. Temporary turned out to be a term with a degree of approximation built-in, as the portakabins were not to go finally until 2003 (ie nearly 40 years later). The scenes of the arrival of the modular buildings are redolent of another age entirely, evidenced clearly by the haircuts, the flares and the apparent lack of any health and safety concerns as the loads swung into place. 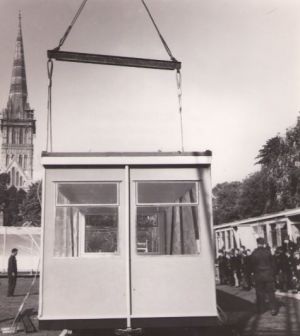 When I first arrived at BWS, in 1998, there were several staff who remembered the arrival of the grey classrooms; Cledwyn Davies, Steve Ralph-Bowman, Joe Newman and John Brierley come to mind as likely eye witnesses, but there may have been others too. What they saw was a typically British solution to a pressing problem; growing numbers of boys on site meant that more rooms for teaching were needed, but a lack of resources in education meant that a short term answer was needed.

That was all well and good, but the downside was that a cash-strapped school and a local authority unwilling or unable to help made the temporary become semi-permanent. I vividly recall teaching in those horrible mobiles in both summer and winter conditions, and those experiences were brought back vividly by a comment posted by a Wordsworthian in response to #ThrowbackThursday last week. He, too, remembered the stifling heat in the summer term and the cold and condensation between November and March. Add to that holes in floors and snails scaling the walls and you get the gist. 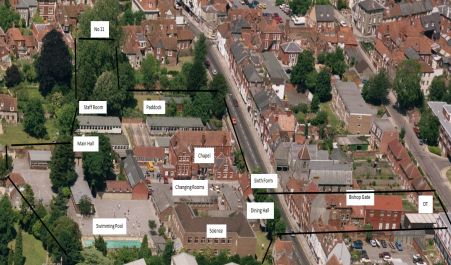 Things have moved on over the past two decades, and the school site is almost unrecognisable now. There is still work to do; expanding our science facilities and replacing the Dining Hall are right at the top of the wish list, but we are in a much better place from which to enjoy – rather than endure – the images of #ThrowbackThursday.