Apparently there is now such a thing as a non-fungible token or NFT. I had absolutely no idea that such a thing existed, nor what it actually is, until I came across a story on the BBC website about the ‘Bored Ape Yacht Club’. This, unsurprisingly given its title is a digital contrivance – a sort of daft members’ club in cyber space where people can waste money achieving very little and damage the environment to boot. Not something, you may well surmise, to form the focus for an end of term message. Of course you’d be wrong…!

The story hit the headlines because of what is called a fat-finger error. Membership of the BAYC is gained by purchasing one of their digitally tokenized pictures – images that have a unique code number attached, one of a kind in a world of replicas, which gives them value in Etherium (a digital currency). In this case the BAYC was offered for sale for just under £3,000 instead of its more normal asking price of £300,000 because its creator pressed the too few zeroes into his keyboard. In the click of a mouse that person then lost £250,000. The mind boggles, both at the numbers and the ease with which fortunes can be made – and lost too. I am lost for words at the futility of the entire operation and the concepts that underlie it; a product that does not really exist being sold for currency that is a theoretical construct, with the entire transaction occurring between people who will never meet. The ultimate irony is that the purchaser was not even a human being; the NFT was bought by an automated trader which then immediately offered the item for sale for £250,000. Whether it has subsequently changed ‘hands’ again I know not.

As we hurtle towards the end of this longest term of the school year I have been struck by the dramatic re-engagement of the whole school in a bewildering variety of activities. Learning is in full spate, Year 11 have had their prelim exams and Year 13 are on the runway for theirs in January. Sports programmes are full on, music is too and the school play is in production. Debating and public speaking are flourishing once more, several guest lecturers are visiting the school each week. House competitions are working once more, some trips have happened and more are planned for the spring. Though there are still areas that are out of bounds due to the pandemic, these are no longer major blockages. The prospect of an Omicron wave in the spring is likely, but we will be testing at the start of next term and my presumption is that schools will stay open regardless. I hope that they do, as what we are noticing now is the less tangible effect of closure over the recent past. There is loss of learning to be sure, but my impression is that there are some deeper rooted effects that have taken more time to get to the surface. Boys and girls need time to get used to being part of a tight-knit community on a small site. Boundaries need to be re-learned, social habits too and relationships need to be re-moulded so that they function properly. Prefects need to take hold of the reins and, lead and use their initiative. That is all of huge value, but it all takes time. By the end of the academic year we should be much more back to normal; we’re not there yet.

All of which comes as a dramatic contrast to the story about the NFT from the BAYC. Things that are of value need not be concrete in nature, nor do they need to have a price attached to them. We have all learned, over the last two years, the value of all sorts of things that we had taken for granted. Not objects that can be bought and sold, not membership of clubs or transactional matters – these are to do with real experience, real relationships and interactions between real people. Those, after all, are what make communities and schools function. And those are what encourage growth and fulfilment for our boys and girls here.

So as we reach the end of the Christmas Term please accept my very best wishes for a blissfully peaceful and NFT – free holiday. May your fingers be thin, your health be glowing and your holy-days be full of happiness. We’ve finally made it all the way to Christmas 2021! 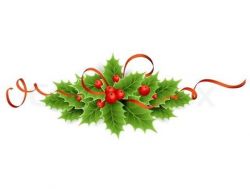