Last Thursday the school was at the very centre of the political debate in Salisbury, but for all the right reasons!

Following our Politics Society students’ starring roles on BBC Radio Wiltshire, where they were interviewed so that they could air their views on the recent Leaders’ Debate, the school once again hosted local radio so that all five of the candidates for the Salisbury parliamentary seat could be grilled. That was on Thursday morning, and then of course that evening a lively debate took place at the @BWS General Elections Hustings in our Sports Hall. 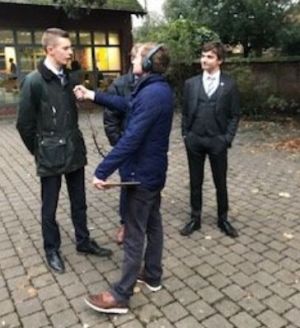 Once again all five candidates attended, the hall was full with several hundred voters from across the full age range and the questions covered a fair amount of ground. The principal issues of Brexit and Climate Change loomed large, with the latter probably dominating, and the tone of the vast majority of the exchanges was respectful and cordial. It is inevitable that the sitting MP gets a more acute focus on the recent government record of course, and that happened here but there were also robust exchanges of view elsewhere. I felt that it was all healthy, and it was good to see quite a few young people (almost certainly first time voters in 2019) getting stuck in too. 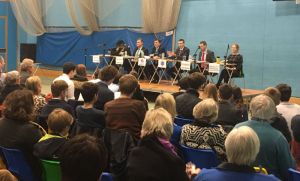 It’s probably true to say that none of us particularly expected or even wanted a general election so soon after the last vote, but I am really pleased that our young politicos are making the most of the opportunity to get involved in democracy.

Well done to JJ and the rest of the BWS Politics Society for sorting such a big event with a minimum of fuss, and thank you to Pippa Anders for helping them to make it happen.