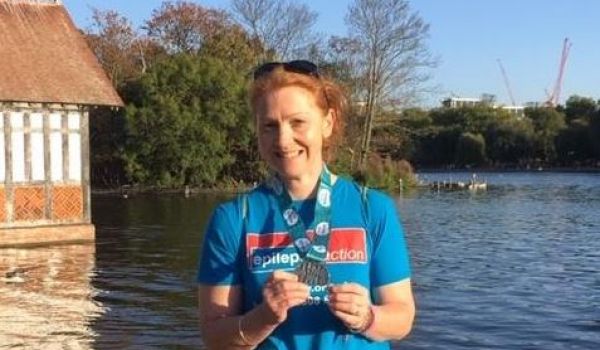 RECENTLY, Fiona Jones, a geography teacher, from Bishop Wordsworth's School swum the Serpentine to raise money for the charity Epilepsy Action.  This event held on the 21st of September, in the Serpentine, which is in the centre of London, in Hyde Park. It involved swimming across the lake which is a great challenge. She put in lots of training, practicing swimming in the leisure centre in Salisbury. She also joined the organisation NOWCA which enabled her to practice swimming on a lake near Ringwood, Ellingham Lake.

She decided to do this as a fundraiser for the charity Epilepsy Action which she believes is an “amazing charity which supports people with epilepsy.” Additionally, she chose to do this as it was a challenge as she did not swim much already but enjoyed it and wanted to push herself.

She had this to say after her achievement: “I am very pleased to have accomplished my challenge and am quite overwhelmed by all of the support and sponsorship I have received from family, friends and colleagues. I would like to say a huge thank you to all of them!”

She has already raised a lot more than she expected but her fundraiser is still open if you wish to donate: https://uk.virginmoneygiving.com/FionaJones41