This Wednesday Nick Holtam, Bishop of Salisbury, will be guest speaker for us at our first whole school cathedral service of 2020. It’s great that he is able to be with us, 130 years almost to the day after The Bishop’s School (as it was initially called) started up in the Bishop’s Palace here in the Close. That was more an imperative driven by circumstance than a matter of choice; construction work on Chapel Block was overrunning and presumably the school site was still infested with builders and scaffolding, in somewhat typical British fashion. 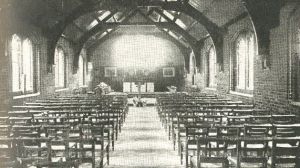 Around 40 boys started in January 1890 though the exact logistics for the school day, the teaching arrangements, the curriculum and so on are lost in the mists of time since then. Documentation dating back to the very start of the school is scarce in frequency and scant in detail, and there is just one photo of what is probably the very first cohort of pupils that exists – they stand proudly with their teacher outside what must have been a brand new building. John Wordsworth’s grand project had been launched! 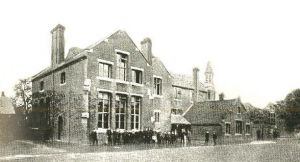 So much has changed since. Today’s post-industrial, multi-ethnic and increasingly secular society bears little resemblance to Britain 50 years ago let alone over a century in the past. The World is much, much smaller and far more complicated, the threads drawn together for better or worse by transport technology and the increasingly dominant influence of the internet. Two World Wars have shown us all the perils that face humanity, and climate change is now posing yet another challenge which will affect us all. I wonder what Bishop John would make of it if he could see us now…wonder tempered by despair I would guess. 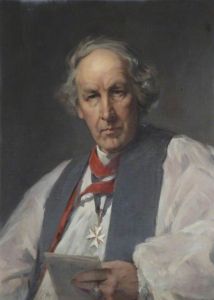 Bishop’s has changed too, in many ways for the better. The number of boys has grown twenty-fold, and the absence of junior age pupils is now more than compensated for by the sixth form boys (and soon to be girls) who help us to set the standards and raise aspiration. The footprint of the school, though still compact (a euphemism if ever there was one!) has probably expanded to ten times what it was, and the staffing has grown hugely. 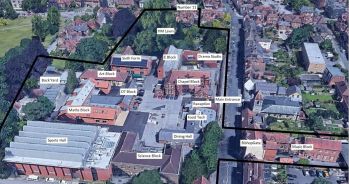 But equally I think that John Wordsworth would be able to recognise the essence of his school still, even after 130 years of incubation, and I am sure that Bishop Nick is exactly the right person to help us look to the future while we renew our links with the past once again.